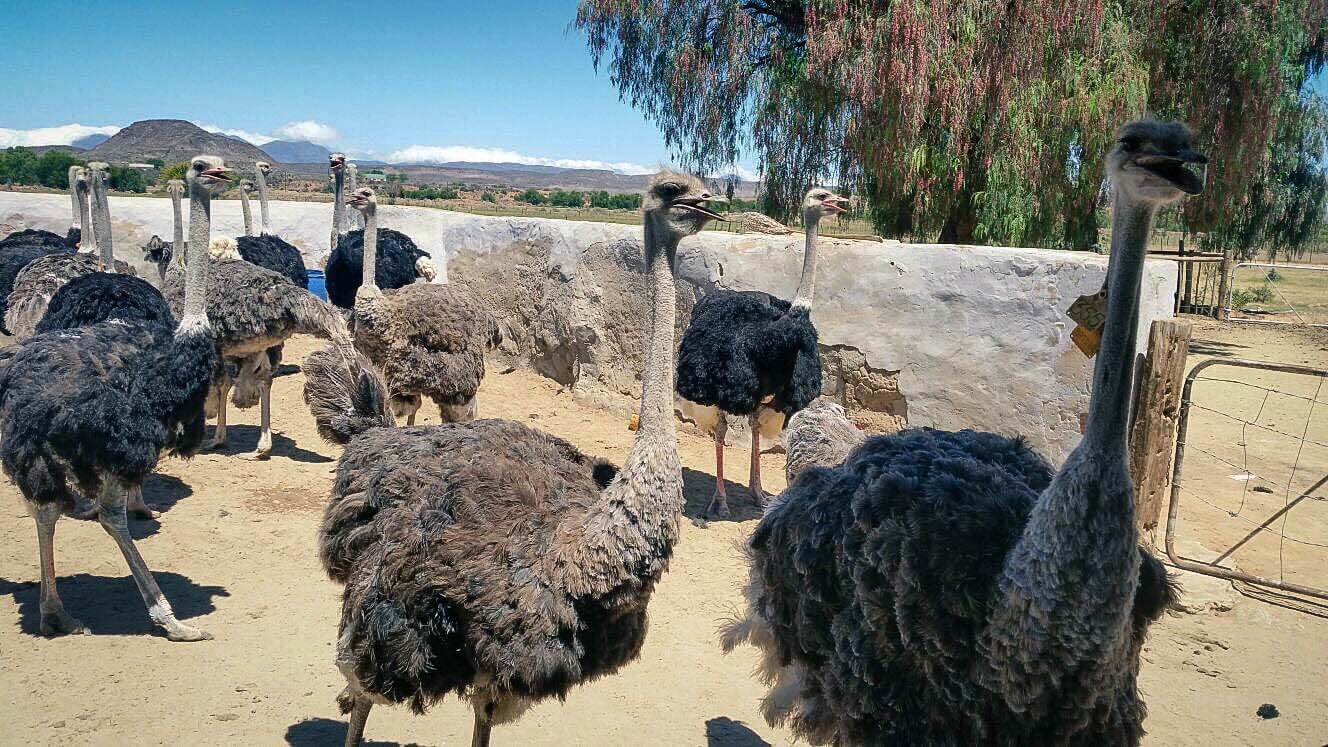 Ostriches are fascinating creatures and are used for a variety of different purposes. The main ones on farms is for their meat, feathers, and skins for leather.

They are also great guard dogs… 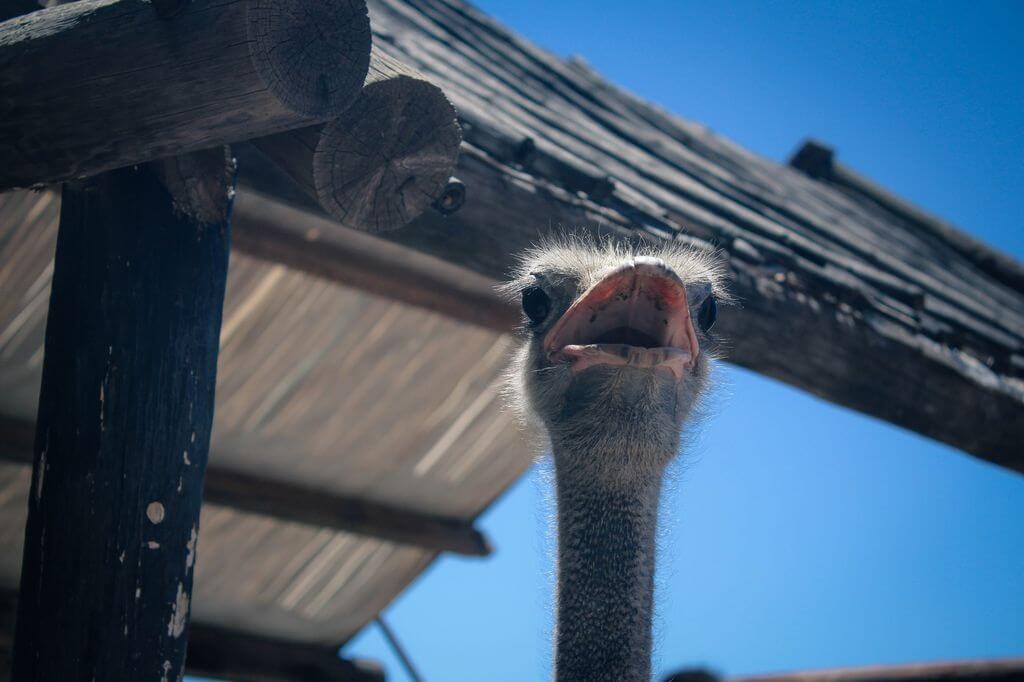 Whenever you mention Oudtshoorn, the first two things that people will think about is the Cango Caves and Ostrich Farms.

It is funny how memories come flashing back when you sit back and soak in the beauty of South Africa.

We return to Oudtshoorn after what must be at least 7 years. 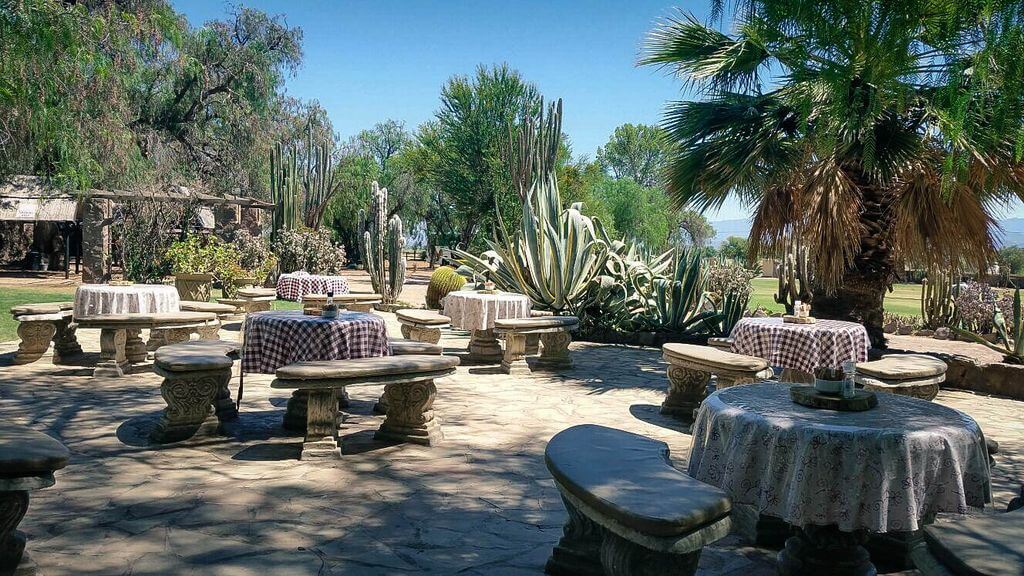 Our tour guide for the day was a friendly chap called Adam. We usually don’t mention the guides name but in this instance he truly went above and beyond to explain all there was to learn about this fascinating creatures. 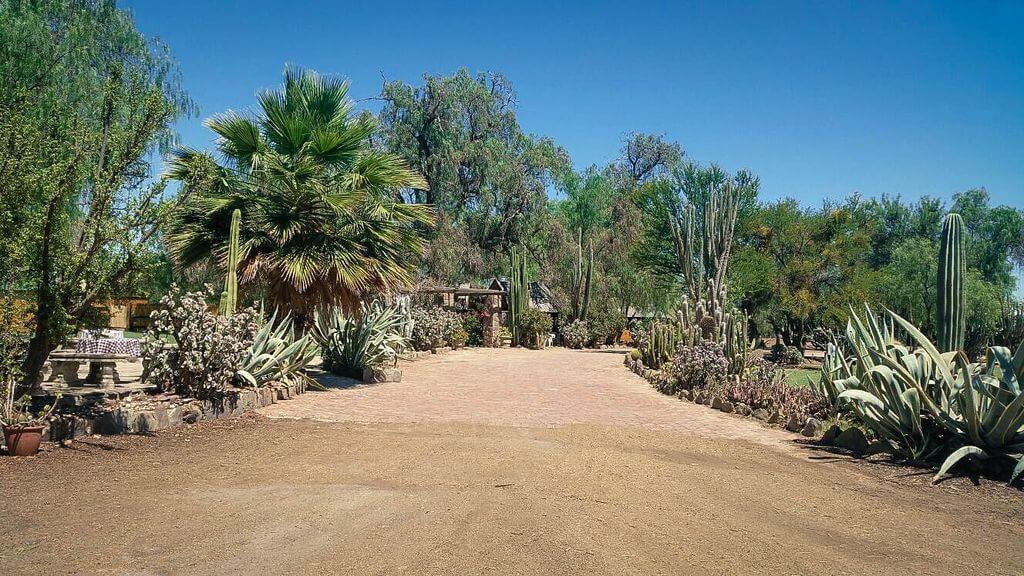 After the tour had started they explained how often they cut the feathers and all the purposes of them.

It was amazing as we managed to catch a glimpse of the workers making feather dusters from just a few feathers. 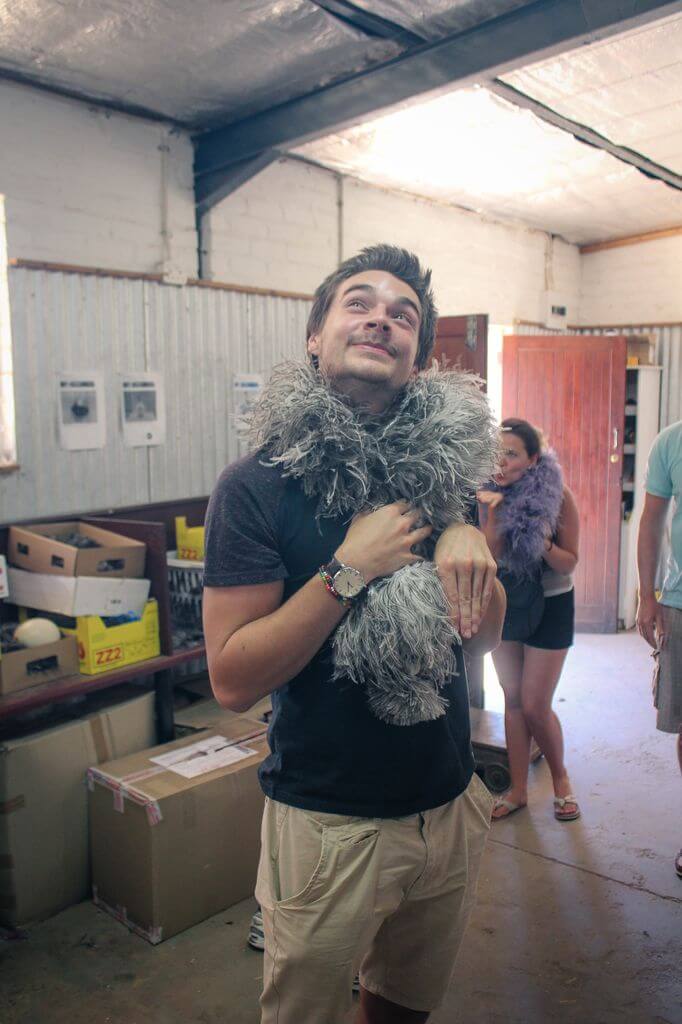 Whilst on the tour we learnt about which eggs they use, how they check and also we witnessed a worker designing a few.

The final pieces are magnificent and the talent that goes behind it is absolutely amazing. 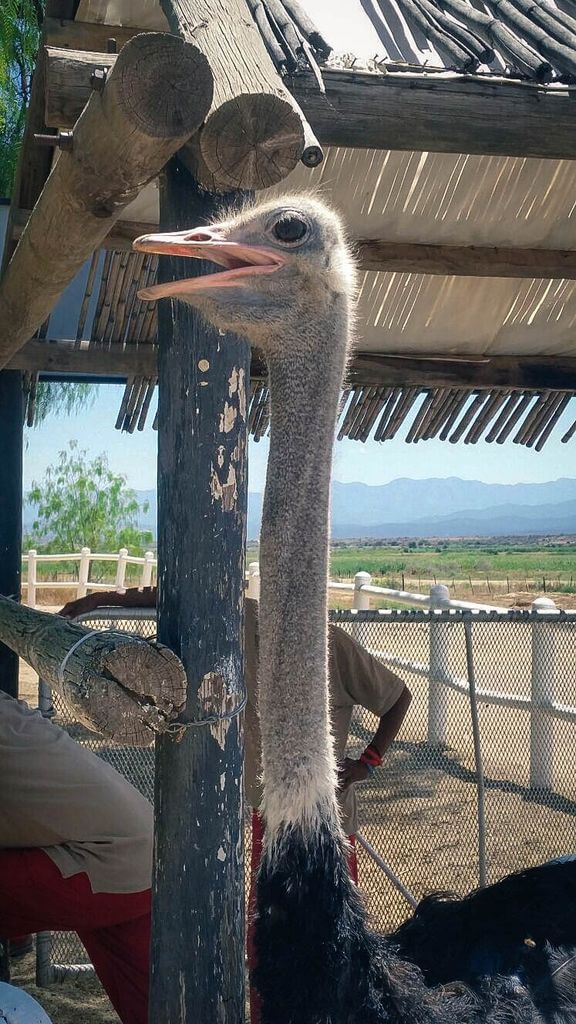 Ironically a few days before we had both eaten Ostrich Steaks which only really sunk in when we had arrived here.

However we had a better understanding on the process and to why the meat was so much leaner than various others. 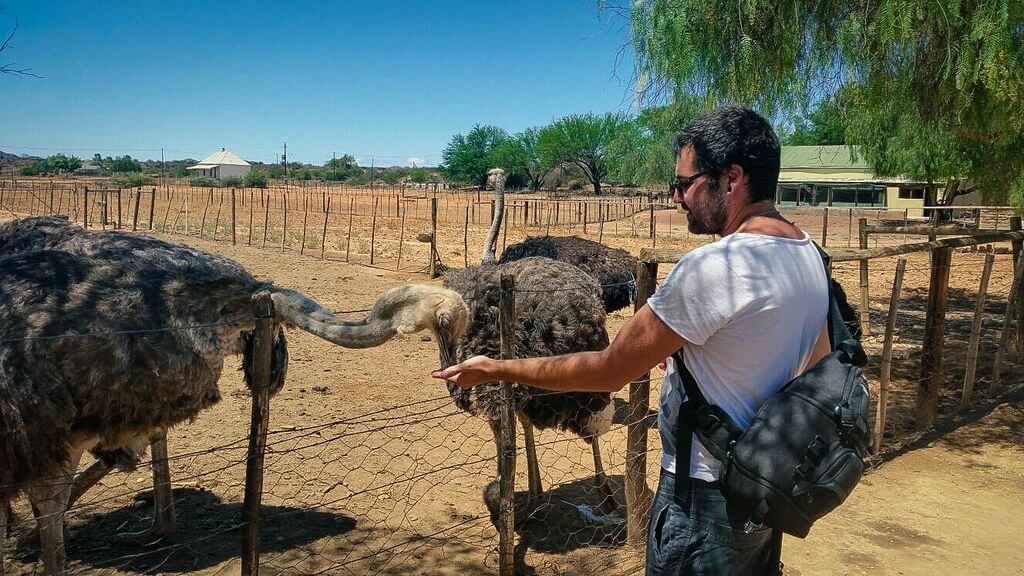 The leather itself is used for a variety of purposes, however some of the main uses are:

After seeing a bald Ostrich you begin to realise how the lumps in the leather appear. 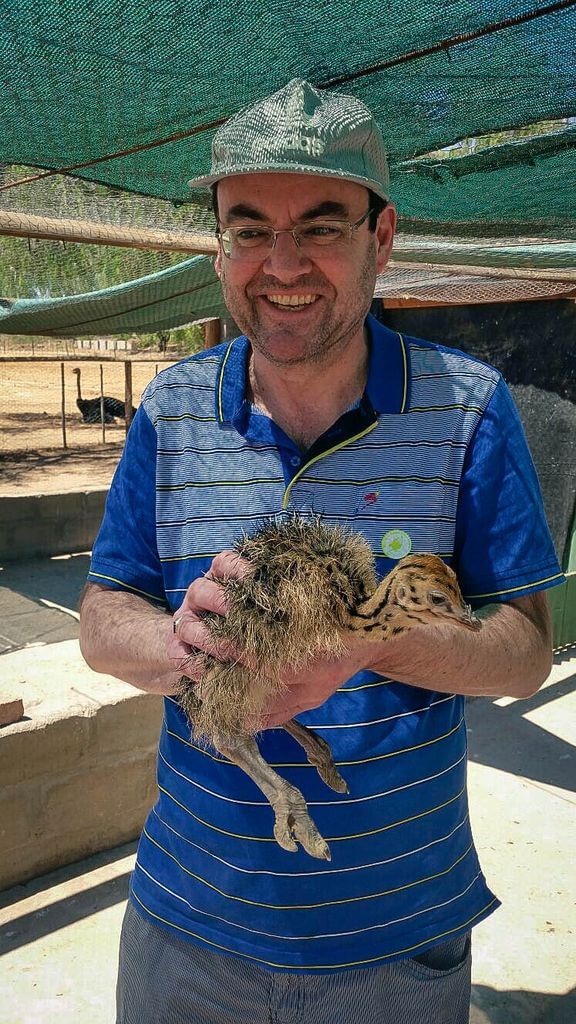 After seeing all this we then ventured over to the chicks to get the opportunity to hold and stroke some of the babies.

This was a highlight for all of us, and even our dad joined us for this. 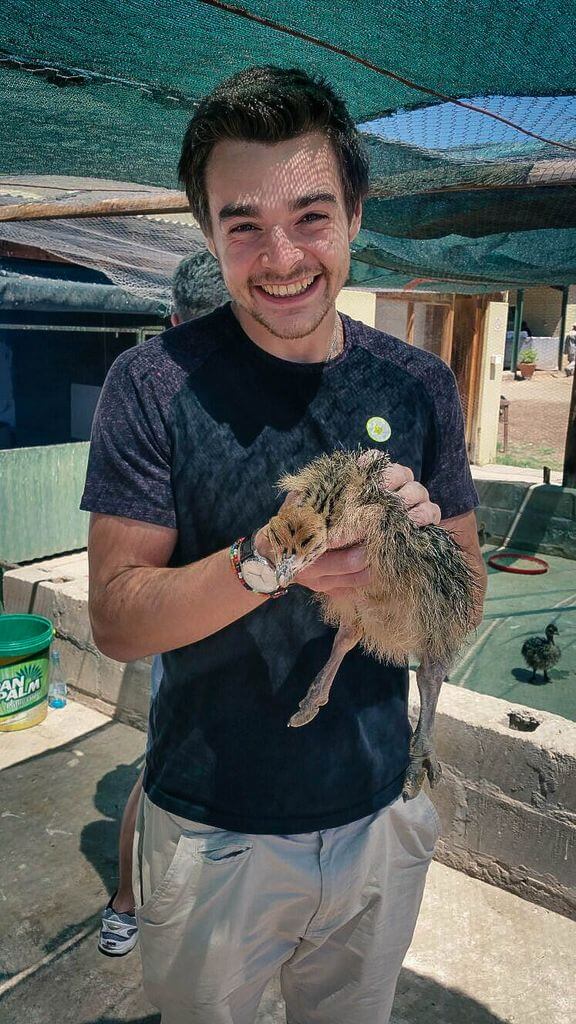 Next was feeding time, to which anyone who purchased some corn could feed the Ostriches.

This was an experience. For those that have ever fed ducks you would understand the way that they peck.

Some of the visitors jumped when the Ostriches pecked which was hilarious to watch. 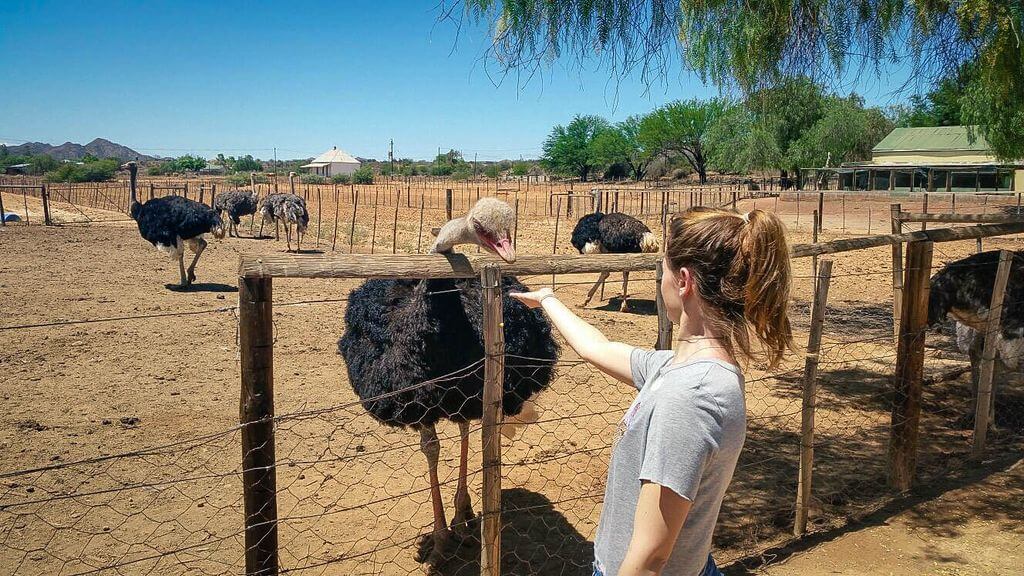 For some reason they all seemed to take a fancy to the shiny glasses.

With that in mind wherever I went they seemed to follow.

At one point I wanted to take a picture of Ryan and they followed me.

Knowing the power of their legs I stood my ground and challenged the Ostrich to a staring competition. 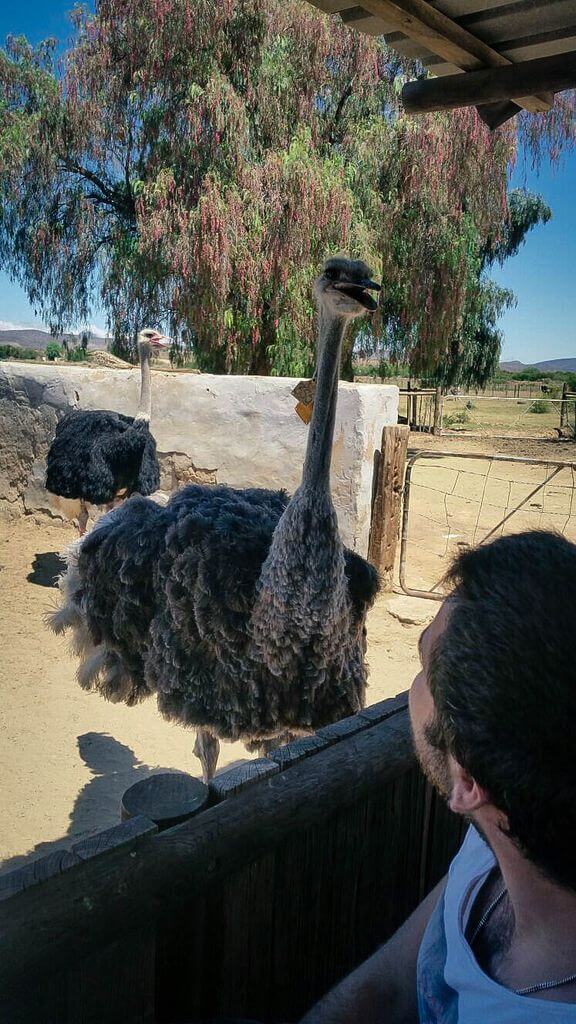 No one believed me as I explained that with a bag on their head they would stand still confused as to what was happening.

Almost as if they were dead they just stood and waited for their demands.

Sounds cruel but they have been doing this for years. 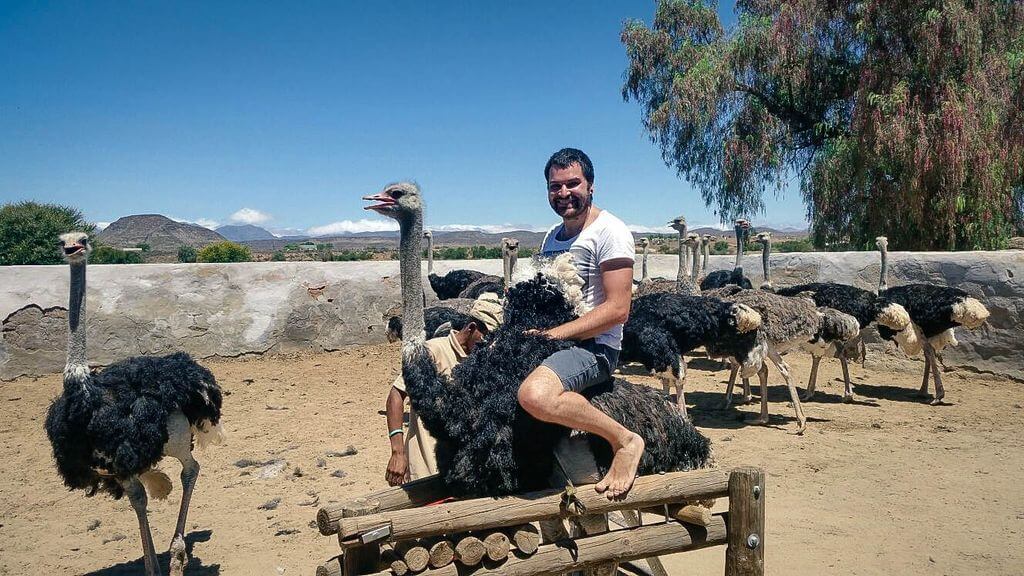 The next opportunity arose to ride an Ostrich. No one seemed keen other than Ryan and I.

So without a second thought we rushed down to have a go.

After positioning ourselves on the Ostriches the guides let go and we were off.

The man waiting eagerly to catch me teased the ostrich making him buck and run full steam ahead, holding one was a mission in itself. 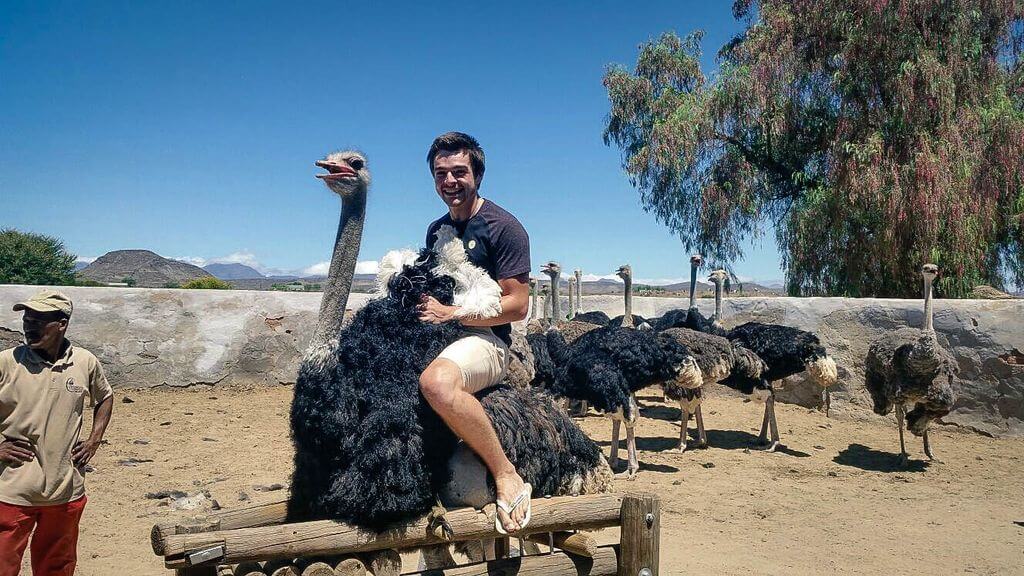 After having a go ourselves the professionals jumped on and raced the Ostriches. This was great to watch as we realised the true effort it was to stay on. 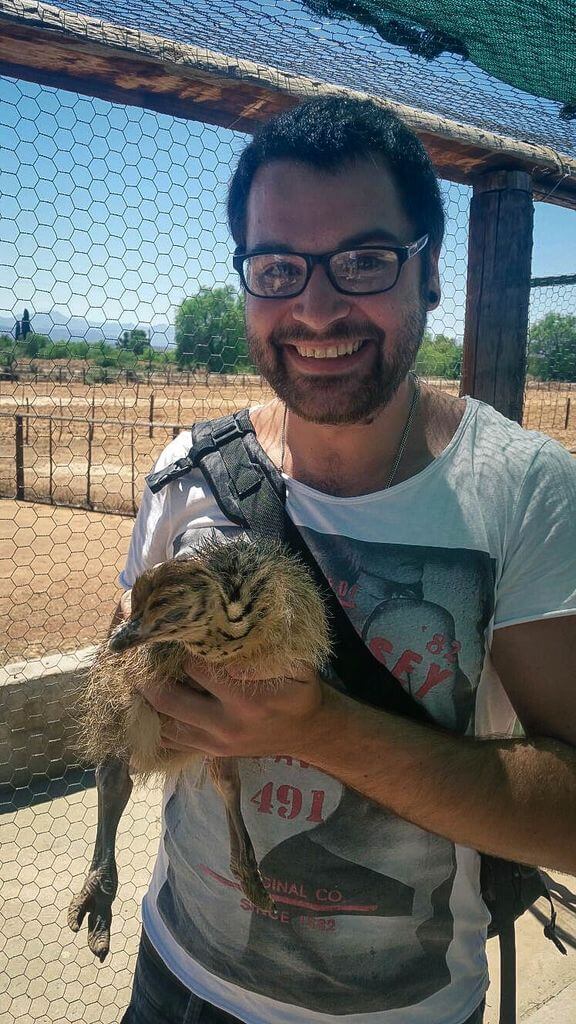 Firstly I must state no Ostriches were hurt in the making of this Blog Post.

They are well fed and looked after and the tour itself was so fascinating as we learnt a lot and had the opportunity to feed the big birds!

Definitely worth a visit. 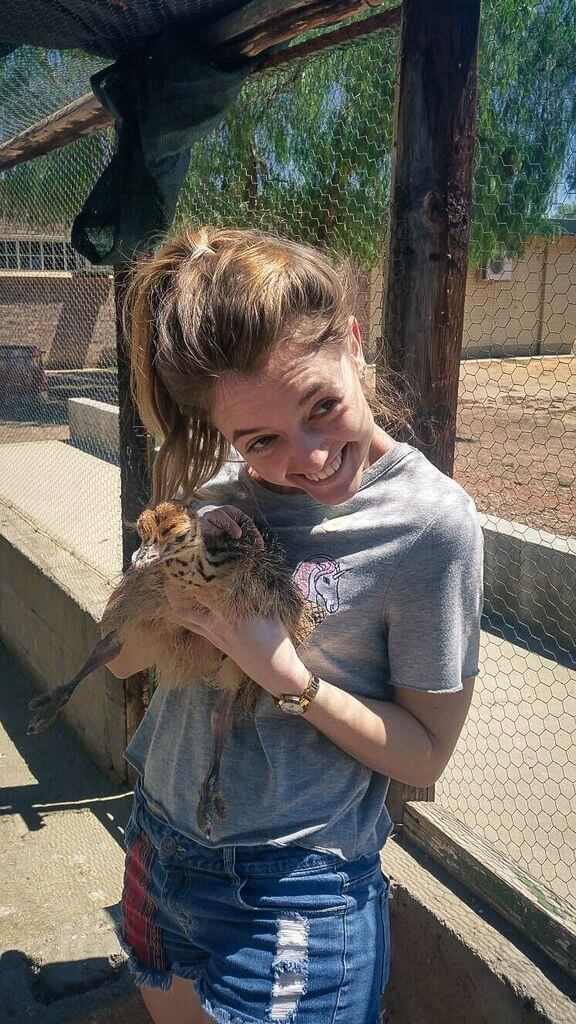