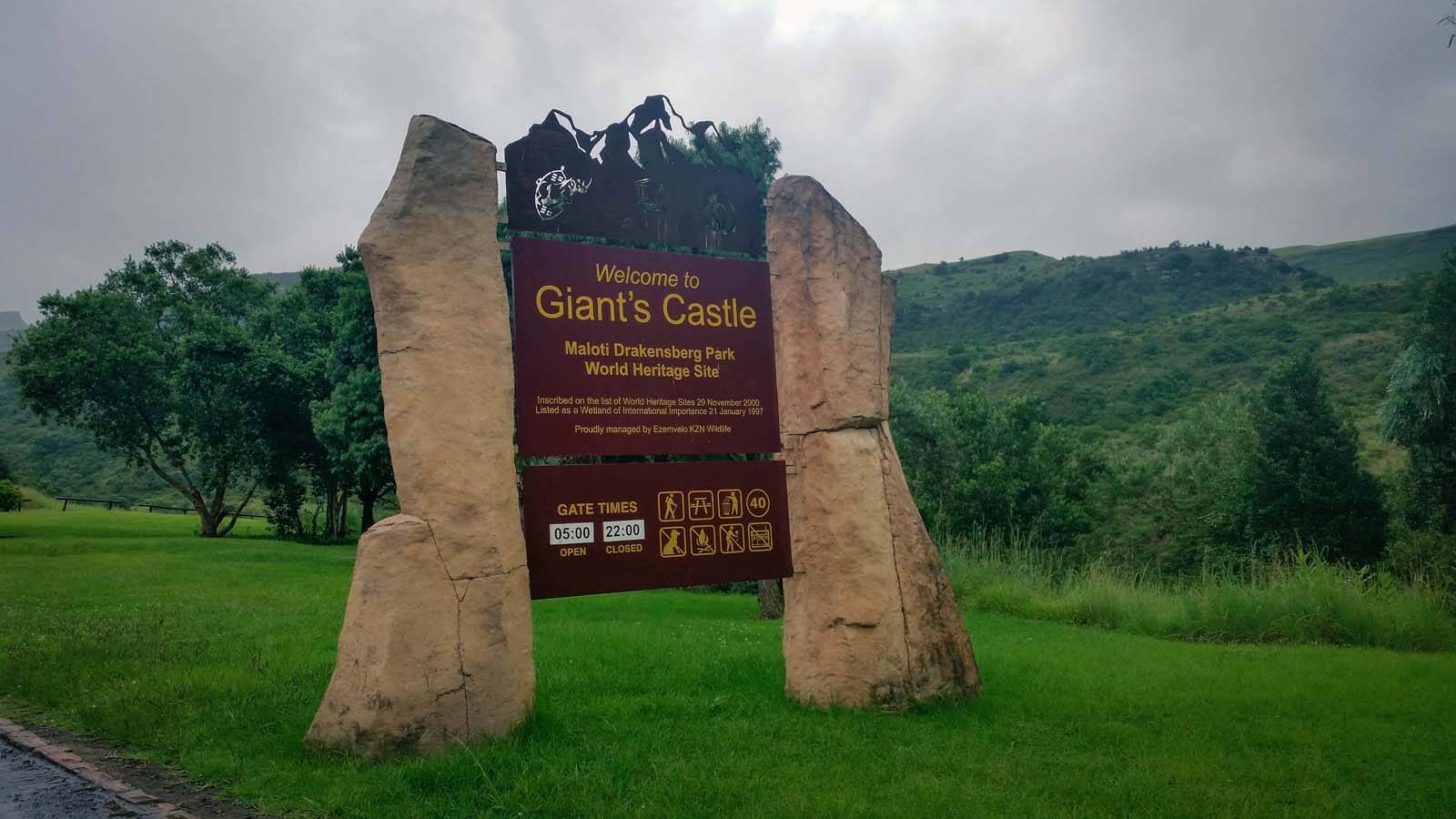 Things To Do In The Drakensberg – The Giants Castle

Home » Things To Do In The Drakensberg – The Giants Castle

Giants Castle is the Mountain Peak of the Southern Drakensberg in the KwaZulu-Natal Province.

Offering Panoramic views of the Drakensberg it truly is a spectacular sight.

Up until now our weather for our road trip has been spectacular, we have had days on the beach with us burning in minutes, to our late night tubing down Sabie Falls, without even a spot of rain.

That morning it hit us. Arising early for a long day of travel we packed the car and began to head off on our journey.

Nearing the Drakensberg mountains, we were already seeing rain and heavy clouds up ahead.

The drive to our final destination was spectacular. We took a detour to avoid the toll road, but even with this I believe both roads enter to the same path through a small village in the middle of the Drakensberg Mountains.

People we passed, both young and old waved a we swiftly moved on by, interested to see where we were heading.

Although the pass is often used, it was if they were not used to visitors.

The roads were dirt and rock, so driving and visibility was not spectacular. 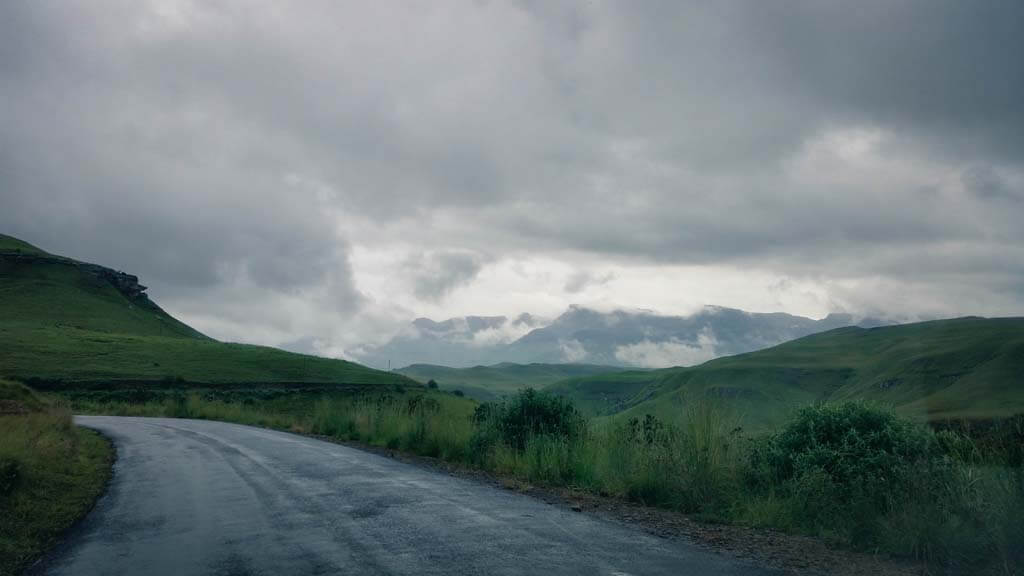 On arrival the rain was coming down fast and our time was limited.

There is caves to explore for a small fee and a map offering all the routes you can take if you decide to hike.

For future reference if we were to do this again we would have planned a longer trip to hike some of the trails, offering a much more pleasant experience. 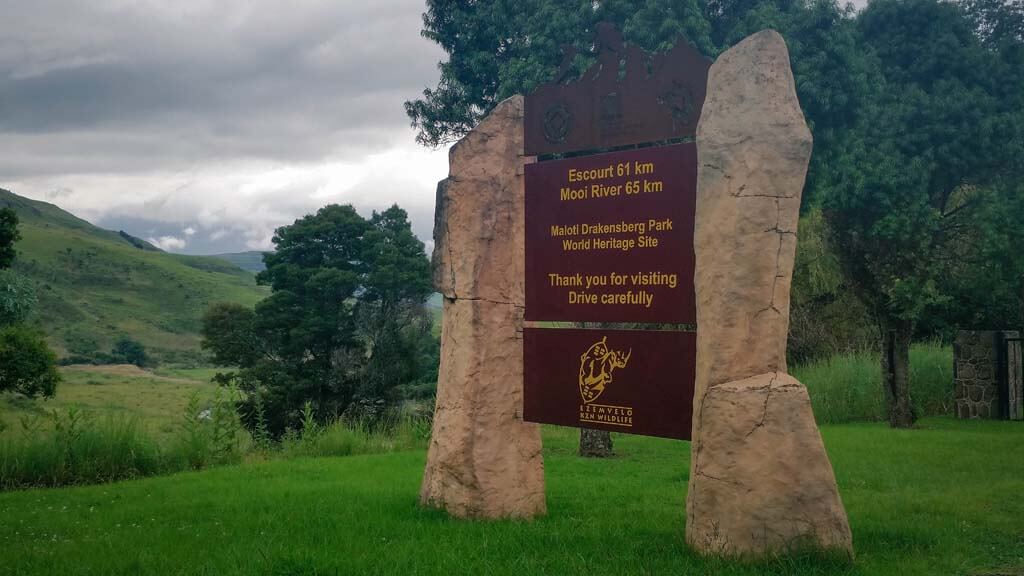 From our observations the rain seems to be a regular occurrence so we can’t comment on this but if we were to visit again we would no doubt book two nights there to ensure we made the most of the hiking routes.

There are plenty to do and I am sure many offer spectacular views of Giants Castle and the surrounding area. 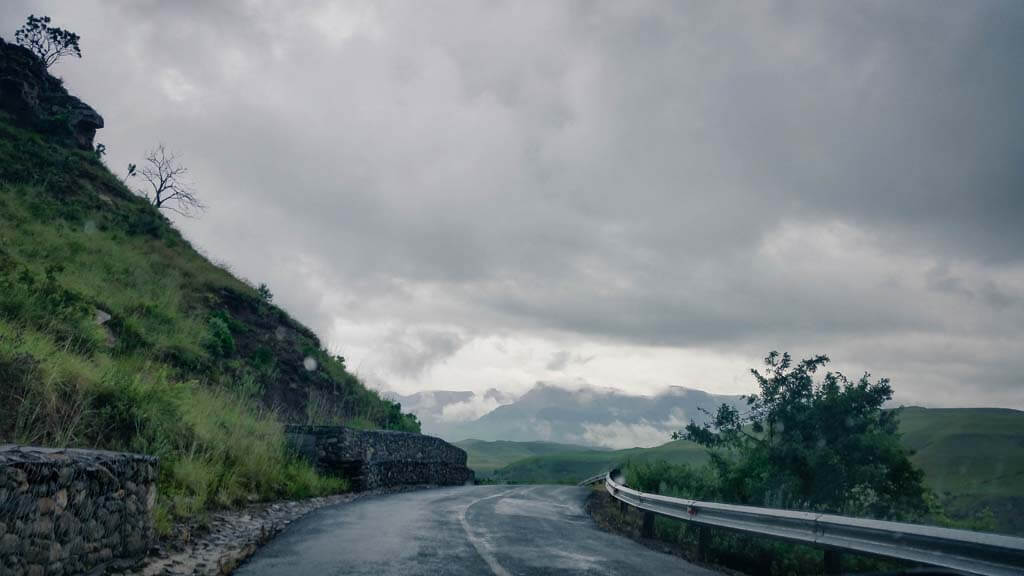 For us it was a shame the weather was against us. Ironically as we drove towards Giants Castle the ran began to hit us. As we approached the mist had begun to increase, sadly ruining our visibility.

We took a few pictures but waited eagerly for it to settle.

As we arrived at Giants Castle we could not even see it. The weather truly wasn’t playing ball.

So with this in mind, the roads are what made the journey fun. We enjoyed the friendly surroundings and the mountainous views along the way.

We would definitely do it again, however next time with an extended stay. 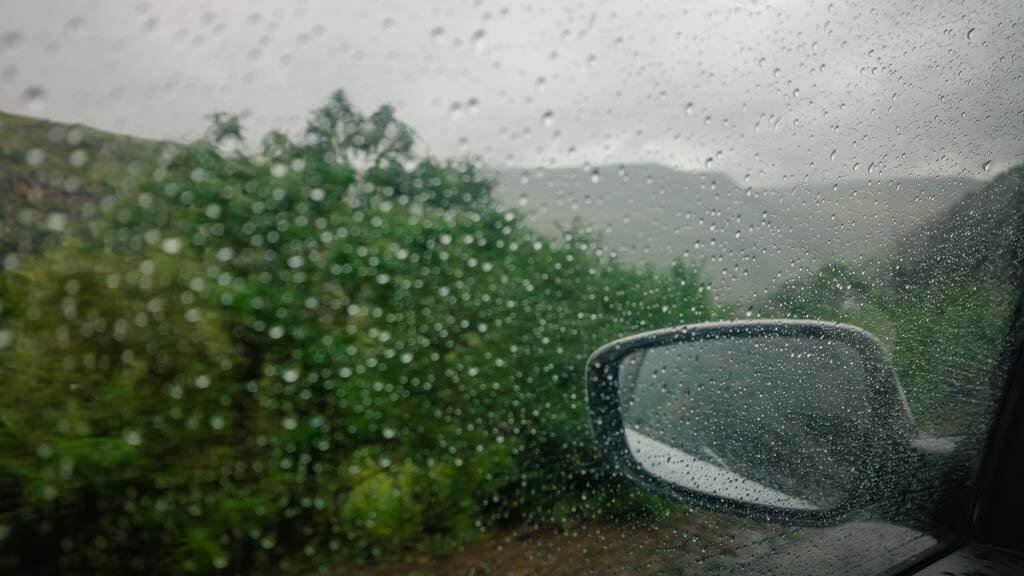